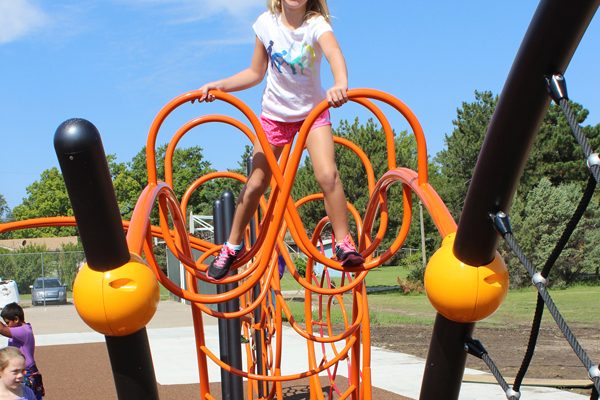 The parent-led effort to renovate the playground at Hillsboro Elementary School took a big step forward last week with the announcement that Hillsboro Community Foundation will be awarding a grant of $25,750 toward the project.

The amount of the grant was a surprise for members of the HES site council committee that has set a goal of raising $150,000 to upgrade the playground surfaces and add new pieces of equipment.

Erin Beavers and members of the playground committee presented the project last Wednesday at a meeting of the HCF board.

“Dr. (Steve) Noble (USD 410 superintendent) had told us there was around $5,000 in the Kansas Health Foundation Fund,” Beavers said. “He said if we would come and present that information, maybe we could get that for sure.

“We went in thinking around $5,000. It was well past our expectations.”

Bryce Wichert, HCF board treasurer, said the committee presentation prompted them to go beyond the minimum.

“After hearing her presentation and seeing the efforts that they’ve already made toward this project, we as a board decided that making a grant to this project would give them a great boost toward their goal and a boost toward increasing the possible matching grant they potentially could receive from (the Kansas Department of Health and Environment).

“The HES playground needs significant improvement to provide our elementary children with a safe environment to play in,” he added. “Both of these funds were established to meet physical health needs in our community.”

Prior to last week, the playground committee had managed to raise a little over $8,000 by sponsoring a soup supper, a fall carnival and a farmers market meal.

The biggest part of the renovation project, estimated to cost around $80,000, is installing an all-weather play surface to replace the deteriorated dirt grounds that make the current playground unusable when it rains and generates dust when it’s dry.

Beavers said the significance of the HCF grant award is more than its face value.

“KDHE does a recycle-tire grant,” Beavers said. “If we’re going to do rubber chips, or poured-in-place (with a concrete base), which is what we’re looking at, they’ll do a matching grant based on how much you’ve raised.

“People who get the grant have to show that they have done some significant fundraising on their own,” she added. “So this was huge for us.”

Beavers said the KDHE grant would double whatever the committee has raised through the end of the calendar year, so private gifts are welcomed.

HES Principal Evan Yoder said he hopes the grant will spur additional gifts and grants. He said the school board has made the project a priority but has not yet decided how much funding the district can designate toward the project.

“I think things will move quickly,” he said. “Kids that are in the upper grades now will get to use a new playground before they’re out of here–that’s what I’m hoping and sensing now.” 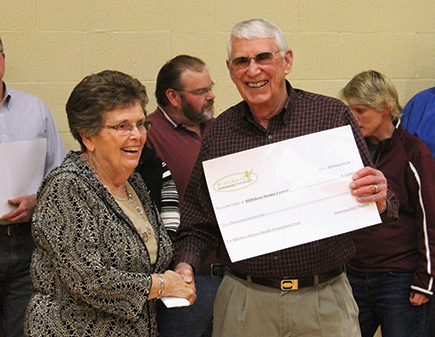 The grants coming through the Hillsboro Community Foundation make a difference.

It was striking to watch the Hillsboro Community Foundation distribute a record $16,900 to 11 area organizations and programs serving Marion County children and families. Of the total, $13,400 came through the Hillsboro Area Impact Fund; the remaining $3,500 came through the Kansas Health Foundation Fund. It’s clear the efforts of the volunteer HCF board are paying off, not just in the growth of endowment earnings, but more so in the assistance HCF is able to pass on to valuable programs that meet the needs of many, ranging in age from children to seniors.

We salute the HCF board for its hard work navigating this important program. What long-term impact will these funds make in the lives of those who benefit from them? We may never be able to measure it fully, but it’s clear that many lives will be made better in the short run, and that’s an investment worth making.

As present and former residents take advantage of this philanthropic tool, more money should come in to the HCF, more grants can be distributed and more lives will be touched for the sake of community. It’s a beautiful thing.

By Don Ratzlaff / Reprinted from the Hillsboro Free Press 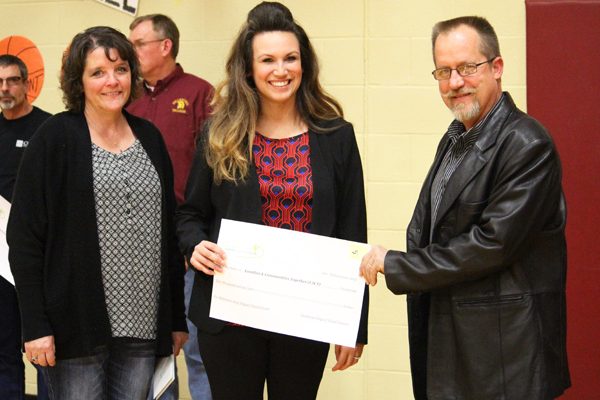 The presentation occurred during halftime of the Hillsboro High School boys basketball game with Hesston.

Through the eight years HCF has provided grants, $96,200 has been distributed. This was the third year grants were awarded through KHF, which was established about five years ago.

Following are the recipients of this years grants, with an explanation on how the money will be used. 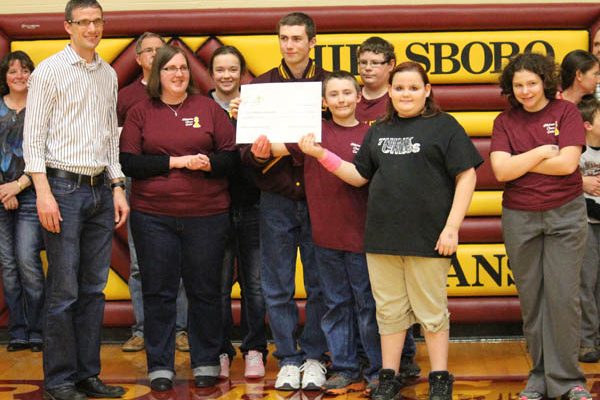 The presentation occurred during halftime of the Hillsboro High School boys’ basketball game against Hesston.

This was the second year grants were awarded through the Kansas Health Foundation Fund, which was established about four years ago and has grown through annual contributions to the required $150,000.

The other 10 grants came through the Hillsboro Area Impact Fund.

Following are the recipients of this year’s grants, with an explanation from each organization about its work and its intention for the money.